“One Family Under God“

We commit to reaching out to lost souls, to introduce Jesus Christ through worship, fellowship, friendship and through the powerful word of God; to mold and develop strong warriors for the edification of the Kingdom of God.

The Saint Abraham Baptist Church was founded by the late Rev. Matthew Hill on October 28, 1949.

After songs were sung, a scripture read, and prayer prayed, an examination was made which prevailed a motion that the persons present on that morning be organized into a regular Baptist church, (whereas the late Rev. Matthew W. Hill serving as pastor elect.) This group of active Christian workers became known as St. Abraham Baptist Church. The right hand of fellowship was extended to this organized group of twenty, welcoming them into sisterhood of Baptist Churches in the State of Maryland.

The church began with an eight-member Deacon Board, Trustees who were also members of the Deacon’s Board, 2 choirs—Senior and Junior, a Christian Society Chorus, and Usher Boards - Senior and Junior. Other auxiliaries of the church were: Missionaries, Willing Workers, Flower Circle, Helping Hands Club, and Building Committee.

The church grew in membership and in ministry. Membership was now estimated between 150 to 250 persons on roll. An Intermediate Choir, #2 Choir, Junior Choir, and the Gospel Chorus were formed.

At that time, the church became part of the Maryland Baptist Convention and sought to purchase their church home at 1124-26 West North Avenue.

In 1962, the church was incorporated in the courts of the state of Maryland in Baltimore City.

After Rev. Hill went home to be with the Lord, Rev. Dennis Snipes presided as Acting Pastor.

In 1975, Rev. Clarence R. Yerby became pastor of the church and served faithfully in that capacity until he retired from the pastorate in March 2011. In June of 1981 and under the leadership of Rev. Yerby, Saint Abraham Baptist Church paid off and burned its mortgage to the property of 1124-26 West North Avenue. From 1989 to 2008 at least $250,000.00 was invested into remodeling and enhancing the church building. From 1975 to the present time there have been thousands who have given their lives to the Lord and joined membership under this powerful ministry. Numerous ministers have been ordained and licensed through this ministry, five of which are now pastoring their own congregations.

In April of 2011, Rev. Charles R. Yerby Sr. became the third pastor of the Saint Abraham Baptist Church. In the year since becoming pastor, membership has continued to grow and ministries implemented. Rev. “Richie’s” vision for the church is a city of faithful people building, working, living, and playing together as a part of the body of Jesus Christ. Therefore, Saint Abraham Baptist Church was officially renamed to City of Abraham Church and Ministries, Inc. on March 13, 2017, in the state of Maryland, Baltimore City. 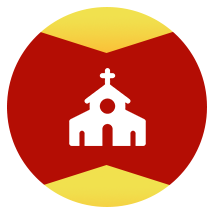 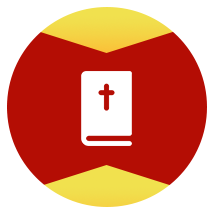